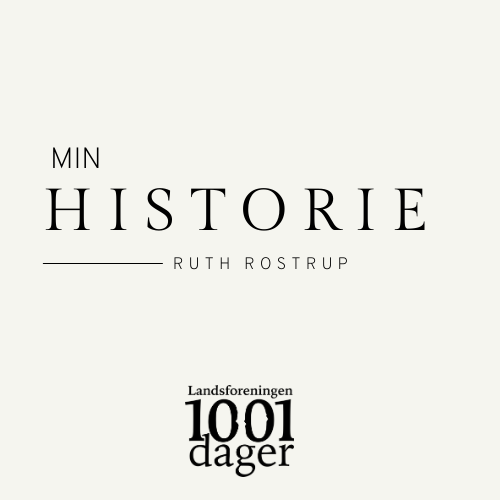 I remember the exact moment that my mind pulled me away from the world, in an attempt to escape from what was happening.

I had been in labour for hours and hours, pushing and pushing and pushing, giving everything I had when my contractions failed to assist me. My nose bled, I passed out, I lost all sense of time as I gave in to what became a living nightmare, before bleeding out onto the hospital floor. My baby came into the world as a part of me was lost.

But he was fine (and beautiful, and perfect and strong) and I was, for the most part, still here.

The best day of your life – I wept with relief when it was over. I wouldn’t have been able to fathom that my trauma was yet to come.

I just wanted to feed my baby

“We’re internationally known as the breastfeeding police” the midwife proudly proclaimed in our birthing class. Not long after shutting down one of the other attendees for asking if they provide formula on the maternity ward.

I had always planned to breastfeed but even I found her use of the word “police” to be unsettling. As if breastfeeding wasn’t so much an opportunity or privilege, but a right or wrong choice. An expectation to be upheld, or face the risk of judgement.

Like most other first-time mum’s, my milk took a couple a few days to come in. Within that time I was given 100 different pieces of advice, techniques, research stats and academic lectures on the importance of me continuing to try, try, try again.

I was overwhelmed, exhausted and in a lot of pain. Every cell in my body was telling me it felt wrong but I just tried to “work harder” at it. As if you can work harder at being a mum, because god forbid you let anyone down, not least “the police.”

It was only when our baby developed a fever from dehydration that we were given a ration of formula. I watched them, helpless and heartbroken, as they took him from us and trickled the milk into his mouth from a tiny cup (no bottles allowed, of course). It all felt so wrong. I felt like such a failure.

After my milk came in I was still in a lot of pain but they made it clear this was probably down to bad technique that I needed to work on.

I left the hospital without confidently knowing how to feed my baby.

Breast is best – But at what cost? And who’s paying?

As the weeks went on the pain from breastfeeding became unbearable. I tried to make a doctor’s appointment (fastlege) but it was July so he was away… so was my helsesøster, the community doctor and the breastfeeding volunteer group that I was told to contact.

At the check-up appointments for my baby I explained what was happening but was repeatedly told that “pain is normal” and to “just keep going.” I often wonder what statements like these teach mothers.

I was given so many leaflets, lessons and milestones to memorise for my baby. So much information, but not what we needed.

After a while the pain from breastfeeding turned into shooting pains that went through my chest and arms. It felt like I was being cut with a kitchen knife over and over. I resorted to biting down on a cloth so as not to shout out in pain at his small, innocent little face. Every feed. Every two hours.

The worst part was, I began to associate him with that pain.

We finally caved in and hired a private breastfeeding consultant. When she arrived she gave me a big hug and spent a long time listening to my experiences, holding my hand and making me feel really heard and understood.

Within five minutes of this interaction she also correctly identified that the pain was linked to a medical condition called Raynaud’s.

A medical condition I already knew I had and was stated clearly on my pregnancy file.

I started a treatment plan and felt confident that it would be much easier to get support now that I had this knowledge. But when I called the midwife team at my maternity ward they told me point-blank that I was wrong. That Raynaud’s does not affect breastfeeding. That I just need to keep trying.

I was also repeatedly told, by my regular doctor and at the helsestasjon, to not trust any private consultant, especially since she was not originally from Norway.

After weeks of treatment from private doctors, thousands of kroner, super strong medication and every technique and device in the book, I had to give up breastfeeding.

Unfortunately, I had already developed a nasty case of mastitis that became encapsulated. Which meant that the infection had to be drained from my breast and I was hospitalized for a few days. Those draining procedures were hell on Earth. More painful than labour or anything else I’ve experienced.

Sat here now one of my biggest regrets is that I didn’t stop breastfeeding sooner. But after all the gaslighting I had received, I started to doubt my own reality and the decision became as tortuous as the physical pain. I will never get that time back.

While all of this was happening I was still bleeding quite a lot and passing blood clots. Again, I was told this was normal and just to wait it out.

But after 3 months I was referred to my gynecologist to have a scan and check it out. She told me it was the result of a stubborn blood clot from the bleed after giving birth and it will remedy itself. She measured how big it was and told me to come back a week later to have another scan and measure it again.

I did this for a few weeks. Each time taking my newborn with me. More appointments, more inaccessible offices, more being prodded, probed and being told I’m fine.

On the 5th visit I told her I was still bleeding and she asked for how long. I was a bit confused and said “Well, since I gave birth.”
“You gave birth??” she asked, looking just as confused as me. It was in that moment I realised that she had either not taken any notes from our previous encounters, or wasn’t reading them. She didn’t know who I was. All this time I had been bleeding from an unknown issue that wasn’t being monitored properly.

I quietly sobbed as she performed a couple of unsuccessful procedures to remove the “blood clot.”

The next day I went to a private gynecologist, who saw immediately on the scan that there was remaining placenta in my uterus and I was scheduled for emergency surgery within hours.

My days were filled with obsessive thoughts, dissociation and anxiety. At night I suffered night terrors and panic attacks. I wept in the shower and then switched off all emotion to step back out into my new role. Mostly, I wanted to disappear and there were times I planned to do so.

Not that you’d have known from the outside. Our apartment was spotless and so were we. Our little one was healthy and happy to the point that people would comment on how great his temperament was and what great parents we were, what a great mum I am.
And I am.
No matter what was going on, no matter what was happening in my head or body, I showed up for that boy with all the love, energy and care I had. Potentially to my detriment.

After some shy attempts to voice my feelings at my community centre (helsestasjon) I finally broke down to a staff member and told her how bad things had gotten, through sobs and shaking hands. I told her I couldn’t face going home, that I feared being around my own child, that I had lost all hope.

She told me, without so much as reaching out a hand, “It’s normal to feel hormonal after giving birth. But babies pick up on our moods, so it’s important that you don’t forget to smile.”

Weeks after that, and only after scoring highly on the Postpartum Depression test, was I offered access to a therapist.

I’m a big believer in reaching out to people and sharing your experiences. But I’ve also been terrified of coming across as being ungrateful. Ungrateful towards a country that I feel privileged to live in and one I proudly call home.

Are my experiences, and the ones I hear about from other mother’s regularly, a symptom of something wrong with the Norwegian system? Or is this way bigger than one country? Would I have been treated any better if I spoke fluent Norwegian? Would I be treated worse if I wasn’t white? What would have happened if we didn’t have the privilege of affording private healthcare here?

I think about these things a lot. But they’re not my (or any new mum’s) questions to answer.

All I know is that, no matter where you’re from, what language you speak or what your background is; when someone says they’re not ok they deserve to feel heard. Especially by the professional support systems around them who have a duty of care.

Where am I now?

My gorgeous little boy is nearly two years old and is happy and healthy as ever. So am I, or at least I’m getting there.

I’m still processing a lot of trauma but have the privilege of being able to afford private therapy that has been such a blessing. Alongside that and a community of strong women around me, I’ve just started coming out the other side of the nightmare.

We never forget to smile in this house.

But my heart breaks thinking about those mums who are still in the thick of it. Those lying in hospital wards or in their own beds unable to sleep, or think, or feel because it all just seems like too much. Because it probably is.

I’m sharing this for them and spend my free time (the small amount one has with an energetic toddler) trying to put these experiences into words on Instagram – In the hope they’ll reach a mum who really needs to know she’s not alone.